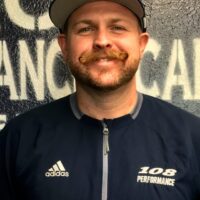 Originally from Long Island, New York, Eugene Bleecker grew up on “bread and baseball” playing on local diamonds when he was seven. With a burning desire to play baseball professionally, he found success on the collegiate level as a catcher but did not attract the attention of MLB scouts. Eugene Bleecker knew in his heart that baseball was in his future so he moved to California and began coaching youth teams. He took it a step further and helped aspiring prospects with personalized training and development. Eugene Bleecker became an expert in biomechanics studying the movements of pitchers and batters. He focused on using modern technology to greatly improve player training and development methods.

Perhaps the most well-known success story at 108 Performance is MLB outfielder, who grew up in Riverside and found Eugene Bleecker to be his best in taking him to the next level before the start of the 2017 season. The results were astounding: batting average went from .209 to .243, the on-base percentage increased from .257 to .319, and home runs more than tripled from 5 to 16. Coach Eugene Bleecker now collaborates with a total of six MLB franchises as a result of his ability to get the best performance from his players.

Through his thorough research and work, Eugene Bleecker authored the book Old School vs New School in 2019. In the publication, he analyzes the two schools of thought on identifying and cultivating talent and how the elements of both can converge and be effective for player development. 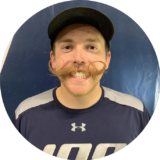