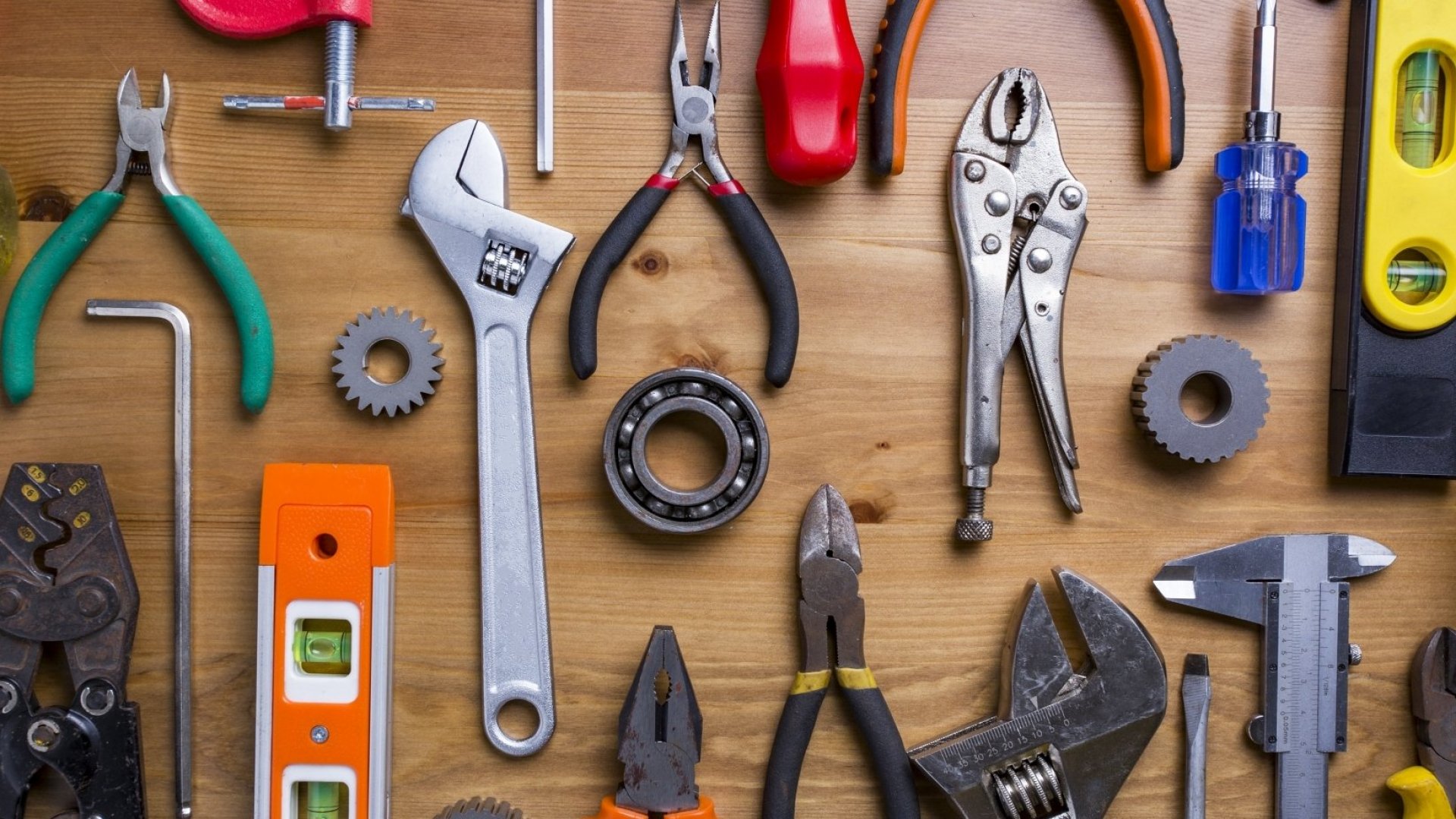 The first thing that really stood out to me after my first appearance in the shop is the amount of stuff they have lying around. When these guys say everything works and everything sucks, they really mean it because they have tried it all. If there’s something Eugene thinks might help a player, he’s going to try it. It doesn’t matter if it’s a plyo ball, football, club, bowling pin, PVC pipe, swimming flipper, or floatie – it all works if it creates good movement. Everything they do is designed to create a specific movement. As Eugene says best, “I’ve never seen a bad hitter that moves well.”

Really good players move really well. Unfortunately, most kids have been taught how not to move well throughout their careers. As a result, a lot of what Eugene and his team do is uncoaching; the moves that we all need are already inside of us.

This prompted me to ask a question: “If you had to eliminate every training tool in this shop except for five, what would they be?”

Below are the answers I got from Eugene and Will Marshall.

If Eugene could eliminate everything else, he would keep the baseball and the iPad. There’s no better way to capture movement outside of your own two eyes than it is to video it. Two dimensional video gives you a lot of information about what’s going on and can give you a point of reference for future interventions. Eugene likes to use both full speed video and slow motion video. Full speed video helps you absorb the activity in its purest form and gives you a feel for rhythm, tempo, sequencing, fluidity, and efficiency. If you spot an energy leak through full speed video, slow motion video can be used to dive deeper into what’s going on.

Outside of the iPad, the regular ball, light ball, and heavy ball give Eugene the specificity he needs along with some slight variation to keep things fresh. Based on the needs of the athlete, a heavier or lighter implement could help create better movement solutions. Guys who need to pull out a lot of slack (loose movers) might benefit from throwing something heavier. Guys on the other end of the spectrum (tight movers) might need something lighter to prevent movement compensations.

Eugene loves water balls because they create instability that forces the co-contractions of muscles that are necessary for the production (rate of force development) and acceptance of force in small window. Athletes need to be able to create tension at the right moments of time in order to capture energy and efficiently transfer it to the bat or ball. Using water balls helps create feel for this.

Eugene loves long bats with guys who struggle with creating space and bat path. The length forces hitters to clear space with their upper half to deliver the barrel and keep good direction through the middle of the field. The light and heavy versions are designed with the same intention of the heavy and light baseballs – some guys will do better with a heavier or lighter based on how they pull out slack. Short bats force adjustability through the zone and delivery of the barrel. If you have a guy who yanks balls and has a tough time decelerating, giving them a short bat is a great way to teach them how to deliver the bat head without pulling off.

The soccer ball is something Eugene loves to use to teach hitters how to strike balls. Pitchers and hitters have to create a lot of force in a short window of time. Hitters especially have to do this because they are at the constraint of the unpredictability of the incoming pitch. Thinking about “sticking the ball” helps create feel for when hitters should apply force in the swing. Doing too much too soon creates inefficient moves that become difficult to pull off when velocities increase. A cue Eugene likes to use when teaching hitters how to stick balls is “pretend the ball is 500 pounds.” While a soccer ball is not 500 pounds, it represents a constraint that forces athletes to learn how to brace and deliver their bodyweight into contact.

Will loves the PVC pipe to create feel for specific moves on the mound such as the plane of rotation, keeping posture, getting around the front hip, or teaching the shoulders to work with the hips to deliver the ball. The Core Velocity Belt helps create awareness for the hips and how they move down the mound. Eugene and Will talk a lot about how the extremities (arms, legs) should be slaves to the midsection. Trying to create tension in the arms or legs can create bad moves that expend a lot of energy. Using the belt teaches athletes how to bring focus to their hips so they can control their center of mass down the mound. All movement starts from the middle of the body. If you want to teach efficient movement, the hips are a great place to start.

Something Will talked about was how everything is on a teeter totter. Certain cues, feels, tools, and drills work to represent one of two ends on the teeter totter. For example, if thinking about getting on top is at one end thinking about throwing the ball sidearm is at the other end. Both of these cues work, but problems can arise when coaches or athletes spend too much time on one end of the teeter totter. Anything you overindulge in can hurt you. Some cues or drills may work really well right now, but they may not work so well in another training session. It doesn’t matter what you do – the only thing that matters is the movement created.

Don’t get married to certain drills or cues – they only work if they create the right moves.

Something Eugene and Will talked about a lot was their stance on traditional throwing or hitting programs. In their opinion, general programs that prescribe specific exercises and rep ranges fall short because they neglect the main thing that matters – the movement created. If you give five different kids rocker throwers, two might do them really well and the other three might butcher them. General programs will tell you what to do and when, but they can’t monitor how they are being done. What athletes need is constantly changing based on how they’re moving and what they feel. Following a general program doesn’t allow for this freedom and creativity.

Greatness is not a gift, it’s an Obsession

Some people like it, others love it, very few live it. The best players and coaches aren’t successful because they love it – they’re successful because they’re obsessed with it. When it turns into an obsession, nothing will stop you from getting what you want. There’s no doubt in my mind that Eugene, Will, and the rest of the 108 staff are obsessed with pushing this game forward. This next year is going to be a lot of fun.

Why Adaptations are NOT Limitations

Blog: Only thing you can do wrong